By far the best scene in the Star Wars trilogy is the Battle of Hoth. I'd go so far as to say its one of the best battle sequences of all time, but I'm insanely bias. So when I saw this: 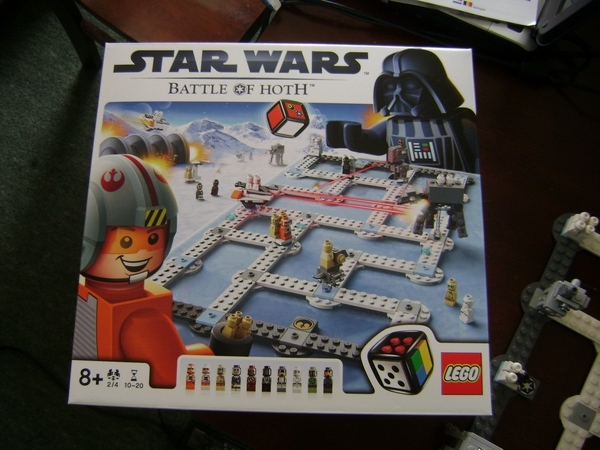 Needless to say my awesome wife bought this for my birthday, but as she was bogged down in sterilizing bottles, Theodore stepped up and took command of the Empire, leaving me to fend off the might of the Imperial onslaught with my brave rebels! 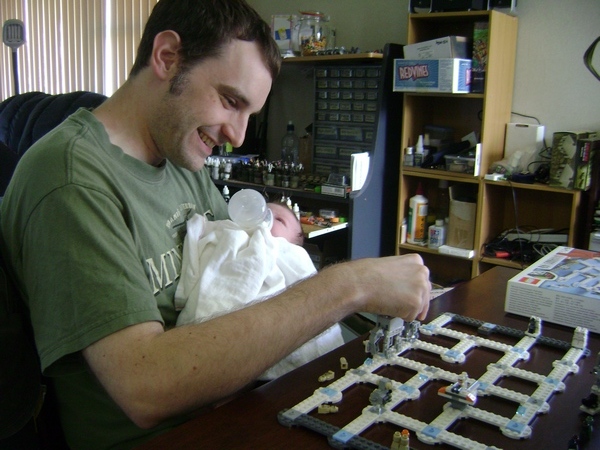 The game is super simple, and quite fun. It has a lot of customizability, as you would expect being a Lego game. As the Imperial player, Theo had two AT-ATs, one AT-ST, an elite squad of Snowtroopers led by Darth Vader, a regular squad of Snowtroopers, and a Heavy Blaster cannon. To defend Echo Base, I had a pair of Snowspeeders, a Tauntaun scout, a crack Rebel squad led by Commander Luke Skywalker, a unit of Rebel infantry, and a Blaster battery. 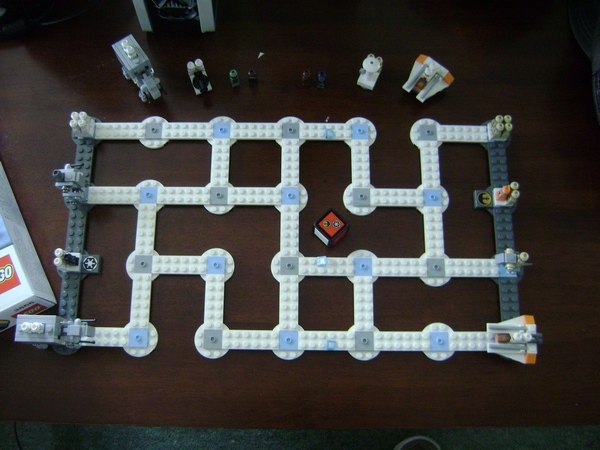 It was an even fight in terms of pieces. Each player deploys at either end (their homebase) and the goal is to be the first to get a piece into the opposing players base, or be the first to completely wipe out the enemy wins. 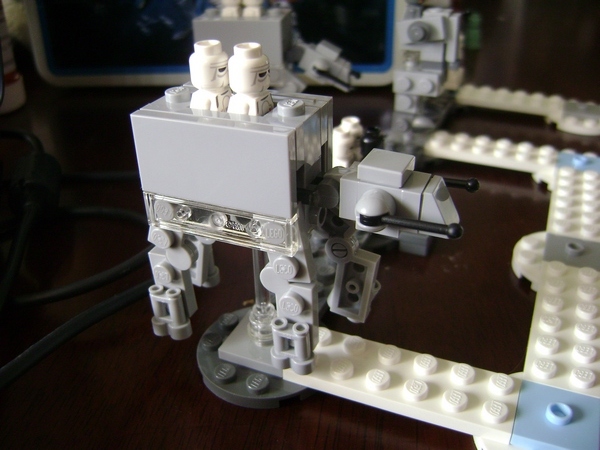 Theo's Imperials got the first turn and made a strong push for my left flank where I was thinly deployed. I completely misdeployed my infantry and Theo was all over that like a fat kid on cake. The AT-ATs stormed up and shot my snowspeeder to bits and then proceeded to whittle down Luke's elite infantry. However, a lucky hit by Luke brought down the AT-AT (just like in the movie!). 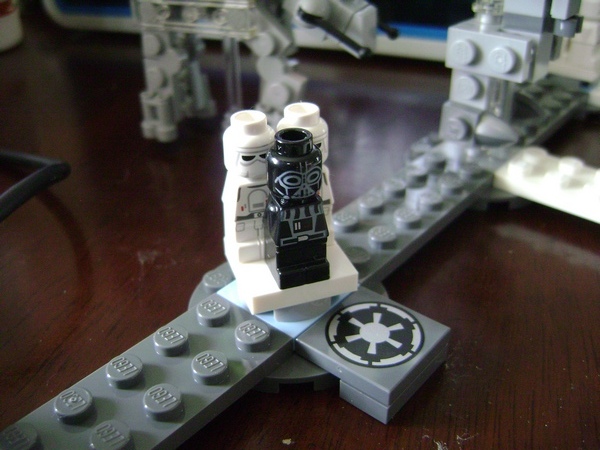 Meanwhile, the AT-ST had moved up into a position and ravaged Luke's infantry to the point where it was just him left, but no matter as my artillery blasted the scout walker off the planet. I sent my infantry into the battle to help tie up the second AT-AT that was hitting my center, but the timely arrival of Darth Vader tore throw them and left a heaping pile of bodies in his wake. Suddenly, my center was wide open! 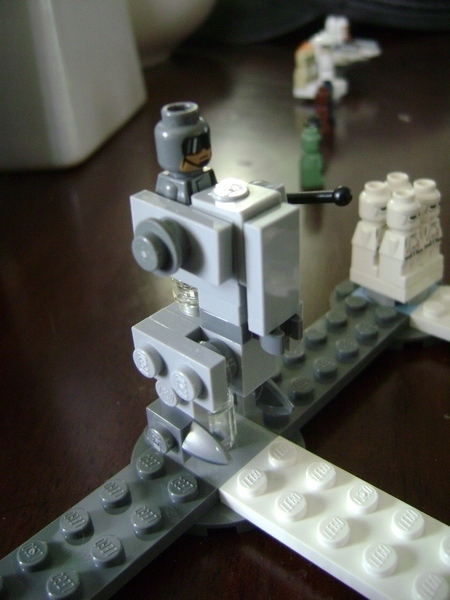 I quickly sent in another snowspeeder, but the Imperial infantry tied it down in an epic dual. Speaking of which Vader, fresh from his victory over my infantry took on Luke and in a three turn battle, managed to smash Luke up pretty bad to the extent that he died. Meanwhile the second AT-AT and my artillery blew each other to pieces, leaving all but one damage left on the gun and the AT-AT in scrap. The cannon was easily dispatched by Vader, but he caught a face full of Snowspeeder blaster and promptly died. 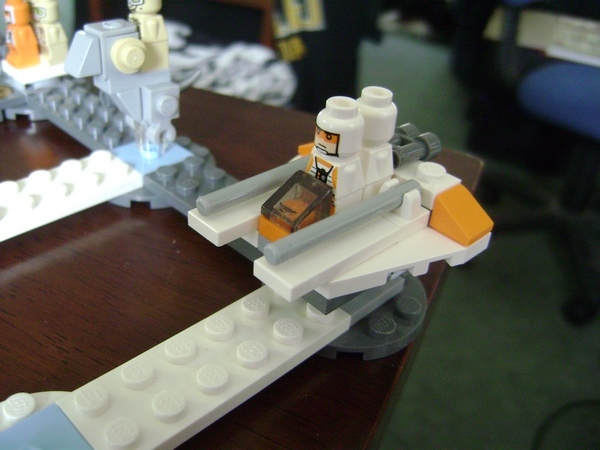 It was down to a Snowspeeder with one damage left and a full strength Imperial Snowtrooper unit. Theo seized the initiative and forced his men to Echo Base.With only one space left to go for the Imperials, I had to try and stop the horde of infantry with my damaged snowspeeder. Bravely it dived into the way of Theo's snowtroopers, but was unable to seal the deal. Soon the Empire's infantry was overrunning Echo Base and the gig was up! 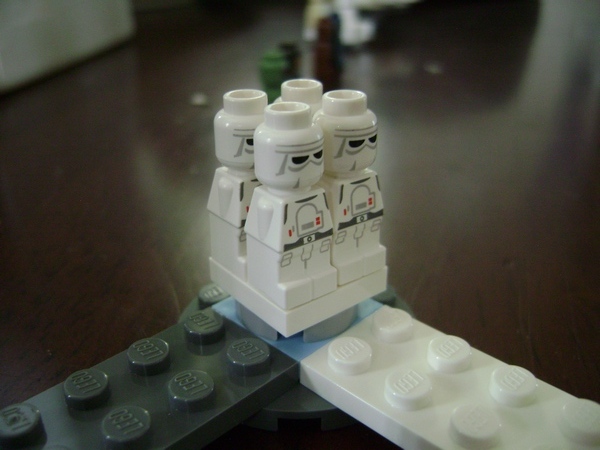 Anyway, the game played faster than it took me to write this up and is well worth the play. As the insufferable game designer that I am, I'm already making some new rules and contemplating buying a second game to widen up the table and troops. 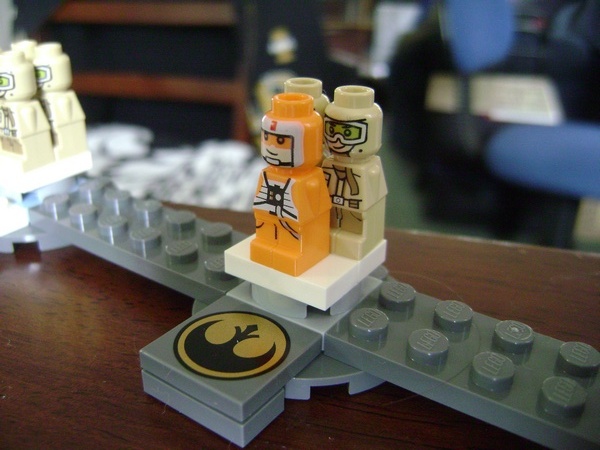 For such a simple game, it has a surprising amount of depth. Infantry is excellent in the defense as it can take a lot of hits and hold on. The heavy ATATs and Snowspeeders have long range and can engage each other in duels. And your special characters (3 for each side, we played with one one each) add a fun dimension to the game. 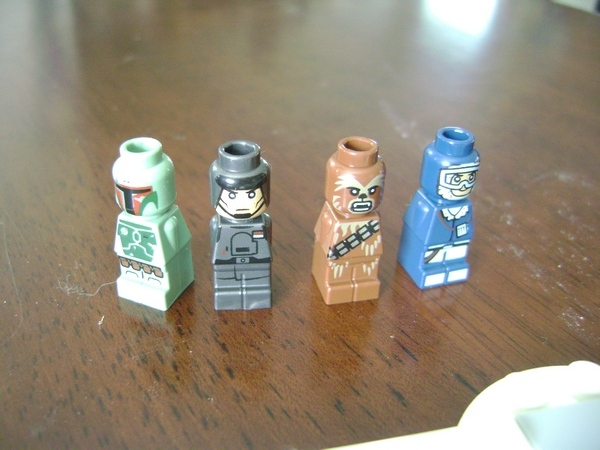 Thoroughly fun, and I think Theo enjoyed his first game, beating his dad not for the last time, I'm sure! 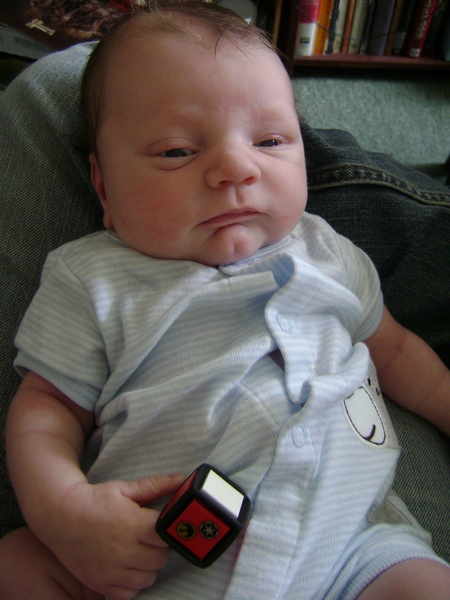 One day I'll wipe that smug smile off his face!