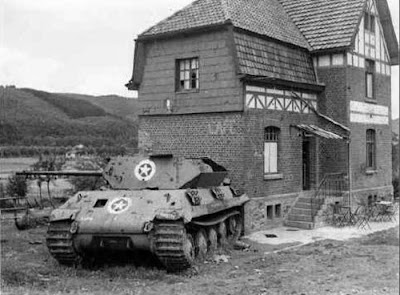 With FlamesCon 2013 now behind me, its time to focus on a fun project to see out the year. I've been debating what I want to do, ignoring all of the voices in my head telling me that I should get on with my painting queue.

I've recently been interested in working on a Panzerkompanie from the upcoming Desperate Measures book, but I'll be waiting on a few new releases to get all of the elements together. So while the factory in KL is busily working away, I've decided to look into an old favorite: Panzerbrigade 150. 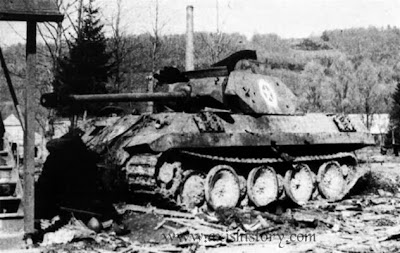 Otto Skorzeny's tricksy Panzer Brigade is one that I have been meaning to do for a while. I am intensely interested in the Northern Shoulder battles during the Ardennes Offensive in December 1944, specifically 6th Panzer Army's routes of attack. Skorzeny's guys were attached to this assault. Their mission was to exploit an opening made by the army's infantry elements and bolt to the Meuse River crossings. Using captured equipment and uniforms, these commandos would hold the crossings for the 6th Panzer Army and hasten the campaign's victory. 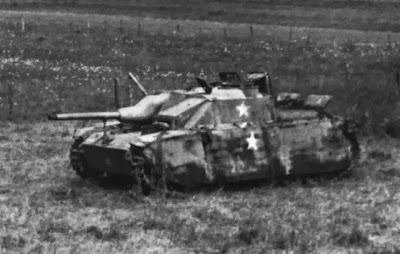 It didn't quite work out that way, as the infantry elements got bogged down and the panzer units thrown in as assault units. Skorzeny realised that the chance of success for his units to complete their intended mission was diminished greatly, and instead secured permission to pool his force together and attack as an assault Panzer unit at Malmedy.

At about this time last year, I was working towards Shifting Sands 13, an exceptionally run event put on by the Arizona Desert Rats. I was taking the US Engineers and paired up with Mark Francis who was building Panzerbrigade 150. Yesterday I was reminiscing about the buildup articles we did, the practice games, and the big show itself. Then it hit me: I suddenly realized that I really, really, wanted to build Panzerbrigade 150 for myself!

So, where to start? Let's have a look at the brigade's organization...

For the assault on Malmedy, which my force will be based upon, Panzerbrigade 150 was split up into three groups: Kampfgruppen X, Y, and Z. For the actual attack, Z was delayed and did not participate in the battle. X, which included the brigade's disguised Panthers, attacked from the south west, while Y, containing the force's disguised StuGs, struck from the south east.

It's next to impossible to find a concrete order of battle for Panzerbrigade 150, but Skorzeny himself offers some hints (though he was notorious for embellishments to inflate his contribution). 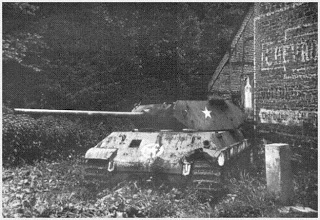 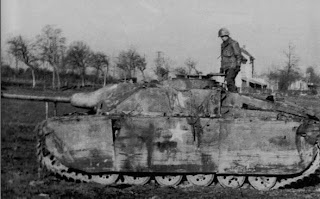 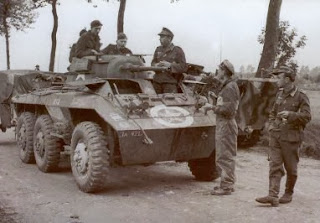 Panzerbrigade also had a handful of armored cars available to it, including four captured M8 Greyhounds. However they lacked sufficient numbers of armored cars, so some German ones were issued to make up the numbers.

Artillery Gunners (Heavy Mortars) came from Artillerie Abteilung I./40 and their weapons were supplied by the Führer Grenadier Brigade. 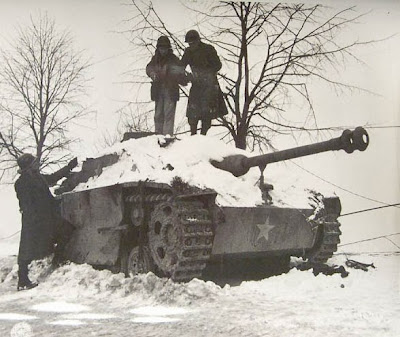 In total, the composition of the brigade had representatives from all branches of the German military with the exception of the navy, with:
Waffen-SS: 500 personnel
Heer: 1200 personnel
Luftwaffe: 800 personnel

Next up? Time to punch out some lists, I reckon. Though, I can hear an angry internal voice denouncing my desire to paint an army which will include Waffen-SS peadot camouflage!

Have you played Panzerbrigade 150 in Flames Of War? What's your favorite build? Post below!
Labels: Flames Of War Germans History Late War