It's almost Auckland Anniversary Day, and that can only mean one thing...

Last year DanCON was a standard tournament and I took some US Paras. Hosted at TCOW, the environment was super laid back with lots of fun had by all.

This year Dan's gone and had some fun with the format:

This means that you will be playing with a different partner each round. What's more there's a distinct possibility that you might end up Allied and Axis forces fighting together! I'm all sorts of excited about this as now and again, you just need something different and this certainly fits the bill!

The question was, what to take? Jagged Panthers, duh. 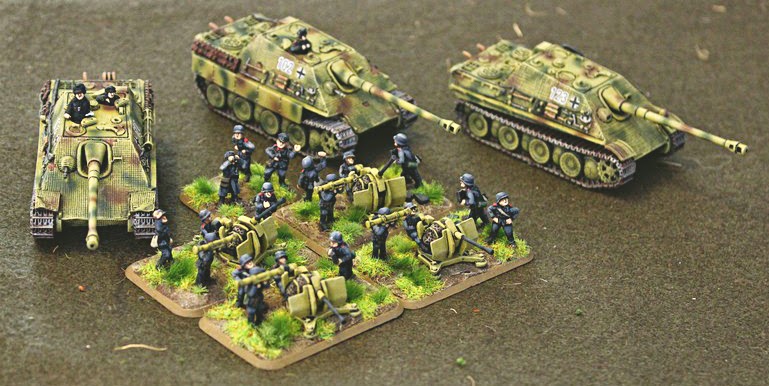 Done. That's eight teams for those counting at home!

I'll be auto-defending, so I hope that helps the team some how (maybe not?). The two HQ tanks means I can try and deploy them where they are needed, the third possibly going into ambush or something. The Flak will probably spend the time warming the Reserves bench. 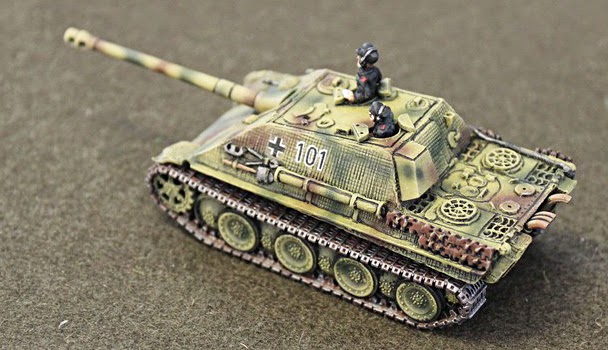 Painting the Force
I've been struggling with a rather epic painting slump thats had me since Panzerschreck last year. However, I'm pleased to say that DanCon finally got me motivated to put some paint on these three tanks and four guns. The Jagdpanthers have been sitting on my painting shelf for so long, that a spider had woven a massive web between two of the tank hunters and actually caught a fly. I felt bad destroying the web, but I figured the spider was long dead with out any heirs, so it was OK in the end.

So, after the New Year, I started on them. I wanted to paint these up as the 559. Schwere Jagdpanzer Abteilung for Operation Market Garden, so they are in a standard tri-color scheme. When the new plastic zimmerit-less kit comes out, I'll do some more and add them as replacement vehicles, representing the 559th later in the war.

Terrain!
At the end of last year I mentioned that I've been doing a lot of terrain stuff. With DanCon around the corner, I pulled out my terrain to give it a 2015 spruce up. I've made some minor repairs to a few items, re-based some pine trees, and got all of my Christmas terrain loot out of the boxes for an inspection. Everything looks alright. 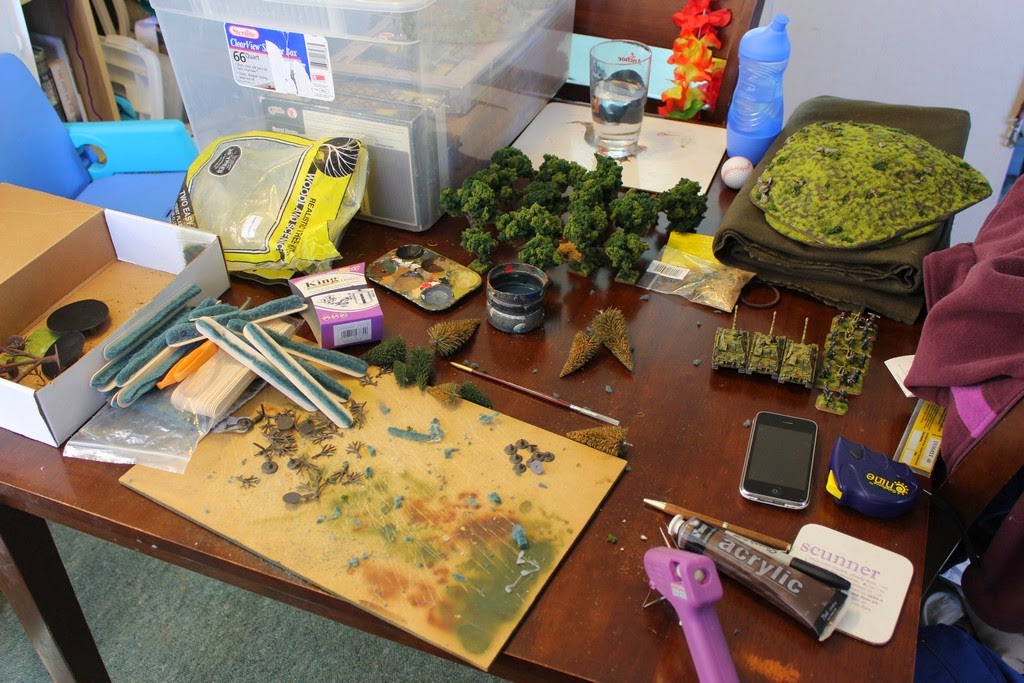 While digging through the boxes, I realized that I've got next to no linear terrain. So I've started some new hedges (the super basic "scrubbing-pad on a tongue depressor" type). I've got a lot of buildings to paint up, as well as some repaints of the Bastogne Church and a few of the Arnhem buildings, but for now they are table worthy. I'm looking forward to working on terrain this year and organizing my collection better!

Alright... Time to get to work on those hedges. Thanks for stopping by!
Labels: Events Germans