So Long, and THANKS!

Well, this post has been a long time in coming, possibly because I didn't know what or how to say it, but here it goes! About four weeks ago I resigned my position as a writer at Battlefront to join an emerging computer game design studio here in Auckland. It's been a big move in my life and now that I have officially started at my new work. it's all sinking in and I'm ready to unpack this a bit more for those interested to read on.

So, you may be asking, why leave? Well, decisions such as these never have a simple answer and require a lot of meditation. I don't want to belabor the point with a full a discussion. But I will say that this new job is important to me today in the same way that Battlefront was to me in 2007. In the past 7.5 years, my priorities have changed, namely the arrival of my son in 2012.

He's becoming a much bigger part of my family life, and I felt compelled to begin using my talents toward that direction. I didn't know how to do that until I found this new job, which is producing a safe and engaging game for pre-teen children. While Theo has a ways to go before that time, I wanted to begin working on game design aimed at our younger generation because that is important to me.

So that's why. I've had some interesting conversations with people thinking there was some sort of walk-out conspiracy (there have been three of us leave simultaneously, which is totally and honestly coincidental), bad blood, or something else nefarious. It's none of those things.

There's something I want you to know...

Someone asked me in all of this, what was the best thing about working for Battlefront? It sounds so cliche, but here's my honest answer: the community. You. This ranges from my comrades in the studio to the players in the field. I'd like to pick out an example (there are actually several to chose from), just to highlight why. 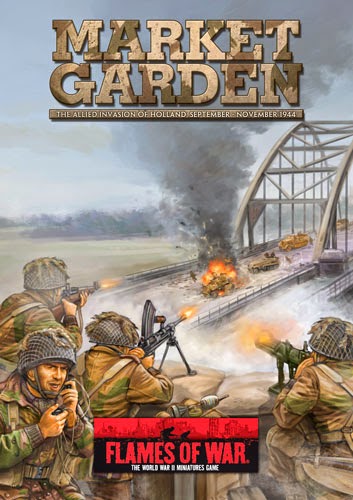 The Market Garden compilation was perhaps my favorite project to work on. I say I worked on it, but really that project owes everything to the man, the legend, Joe Abrisz. You would not have those books if it was not for his efforts and contributions. From the combined total of 120 pages of Hell's Highway and A Bridge Too Far, he was key in expanding that out into 350 pages, from about 10 lists into 50. They are arguably the most flavorful lists and complete histories in the game, thanks to Joe's passion and knowledge about Operation Market Garden.

Joe is a man of pure hobby passion. After spending many hours on the phone with Joe during the process, I came to understand that his passion stems from his love of the gaming community. He throws great 'parties', know elsewhere as events. It was his interaction with players that gave him the impetus to be the superman he was during the Market Garden compilation project. 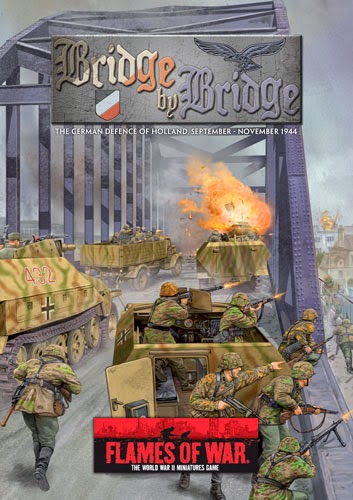 Ultimately, and I think Joe would agree, the Market Garden books are a legacy of the Flames of War community. That's what made that book project so special and for me personally, it changed everything. You all were with us, whether you knew it or not!

So if there's one last thing I would ask you, as a community, to do, it's to keep on being passionate about your hobby in your own way. Encourage and support those people, like Joe and so many others, that pour their passions into providing experiences, because it honestly feeds back to the game development process and makes everything better.

I've been very fortunate to have had the opportunity that I did for as long as I did and for that I have you to thank for it. So, I'd like to give a big shout out to everyone who I am honored to have worked with. I won't name names, because the list is long and I'm bound to miss people from it. But suffice to know that I have been deeply touched to have the privilege of spending the last seven years with you all, from my closest friends and fellow studio members to each and every player, playtester, proofreader, and contributor.

I ain't goin' no where! It sounds silly, but for me Flames of War was here before Battlefront and it will remain after Battlefront. I'm still rules-tinkering, painting, playing, and having fun when and where I can. So I'll see you around!