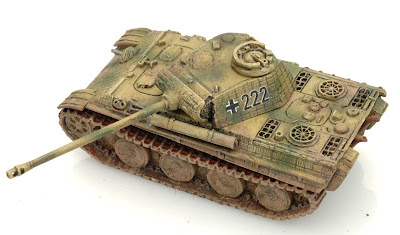 So I've been doing a lot of secret squirrel painting for work, which as been dominating my hobby time lately. The unfortunate side effect is that I haven't had much to show off or write about lately. However, I found a moment in the schedule to crack out a company that I've been wanting to do for many years, ever since the original Ostfront: a Pantherkompanie!


I've painted several Panthers in the past few years, but surprisingly none of them were German! One was an FFI Panther (they operated two around St Nazaire in 1945) and two were Polish (during the Warsaw Uprising in 1944). I've also painted a pair up for my Soviet Decoy tank platoon. So that's five non-German Panthers right there! 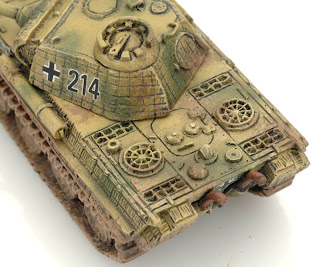 So, with the release of the Panther G (my favorite model of the tank) model, I've decided now is the time to actually add some Panthers to my collection!

I've painted them with a green tone camo scheme and I've added a significant amount of mud weathering to the road wheels. I think the weathering has a little more to go on it, but overall I reckon they are table-top ready!

Besides, some one has to build the Panthers to crush Steve's T-34s ... 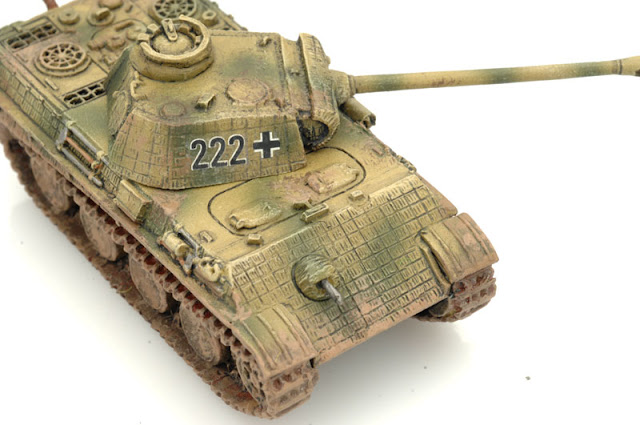