Battle for the Belgian Canals 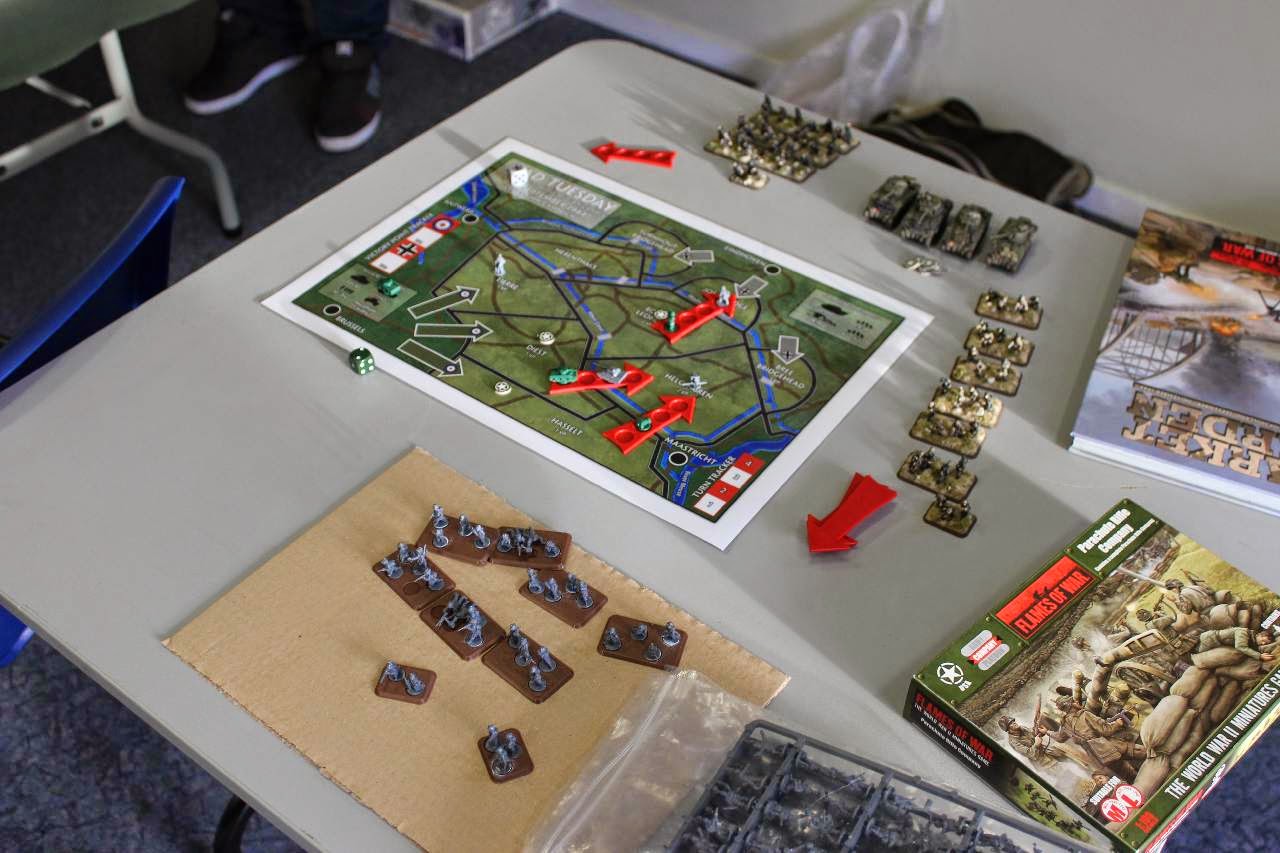 This last weekend we ran an intro Firestorm game based on the battle for the Belgian canals, which happened the week before Operation Market Garden. In that battle, the Allies had to gain some footholds over the canals in order to let loose 30 Corps across Holland.

Two canals ran across the Allied attack route: the Albert Canal, which connects Brussels and Maastricht. The second, the Meuse-Escaut Canal, runs along the Belgian-Dutch border. These needed to be secured as quickly as possible to guarantee a good footing for Montgomery's Operation Market Garden.


It's a great battle to look at as it marks the first time since Normandy that the Germans were able to finally stop their rout and hold fast, engaging in a series of tough fighting withdrawals back to the Meuse-Escaut Canal where the main defense lines were being set up. The key German units were the 6th Fallschirmjagerregiment, the 559th Schwere Panzerjager Abteilung, and Kampfgruppe Chill. On the Allied side, the Guards Armoured Division, the 11th Armoured Division, and the 50th Division were tasked with securing the crossings.

When the attack happened, the Germans called it Mad Tuesday, as their units rushed forward to bog down the Allies in critical towns along the way. The Allies fought through, somewhat bewildered that the Germans were actually fighting for a change after many weeks of retreat. The battle for Joe's Bridge was hard-fought and the Guards Armoured only barely managed to secure the crossing in time for Operation Market Garden.


Today, we set up our mini-campaign at T.C.O.W. (That Club Out West) in preparation for kicking of a serious Market Garden campaign in two-week's time. We were able to get in 5 games today.

Early Axis victories put the Allies on the back foot, bouncing them back toward Brussels. Knowing time was against them and the bridgehead was necessary, the Allies regrouped and pushed straight up the middle to Joe's Bridge. A rapid coup de main, Andrew Haught's Welsh Guards rushed the bridge and captured the essential crossing over the Meuse-Escaut Canal.

Vital though it is to Monty's upcoming operation, the Germans still held the majority of VPs (12 vs 8). The fate of the battle for the canals hung in the balance. With Damian Caulfield's Allied victory at Helchteren, the Allies evened up the score with 10 VP against 10 VP for the Germans. The result was a decisive and hard-fought draw!


The German players can rest assured that the delays they inflicted today will impact the arrival of Allied Firestorm troops on the first turn of the game as they have to spend extra time clearing the other crossings. Meanwhile, the Allies have a firm hold on Joe's Bridge and the droning sound of C-47s can be heard over head...


Thanks for stopping by!
Labels: Events Flames Of War