A Bridge Too Far: A TCOW Campaign 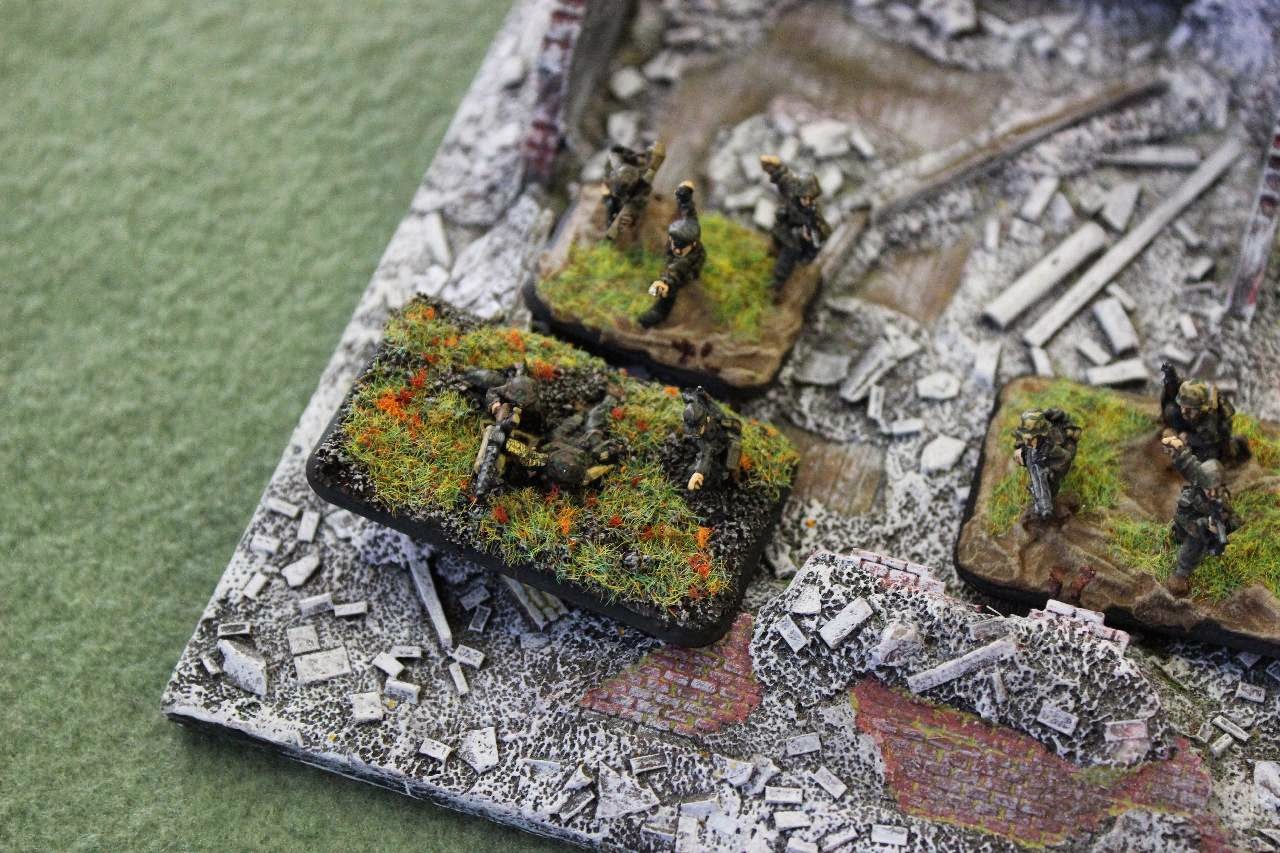 Turn 1 is upon us! We're playing through Firestorm: Market Garden at TCOW over the next few weeks, and here's the result of the first turn!

This week, we had five games lined up. The Allied strategy was focused on breaking out at the bridgehead and making a move into Holland from the border. A couple of Allied generals dropped behind enemy lines, but a good number of German spoiler attacks hit the British ground forces hard.

Andrew commands the Allied forces and executes his parachute jump, including some exploitation moves to seize critical roads, bridges, and towns. Greg commands the Axis and orders a general defense along the border.

The Germans managed to hold both flanks against the Allied advance, scoring some victory points for attacking an Allied supply area. Andrew's Welsh Guards move towards Valkenswaard and Damain secured Nijmegen. Otherwise, the German generals succeeded in foiling all other Allied attacks. The Allies are going to need to pull together to get some forward motion!
Labels: Campaign Report Flames Of War Late War