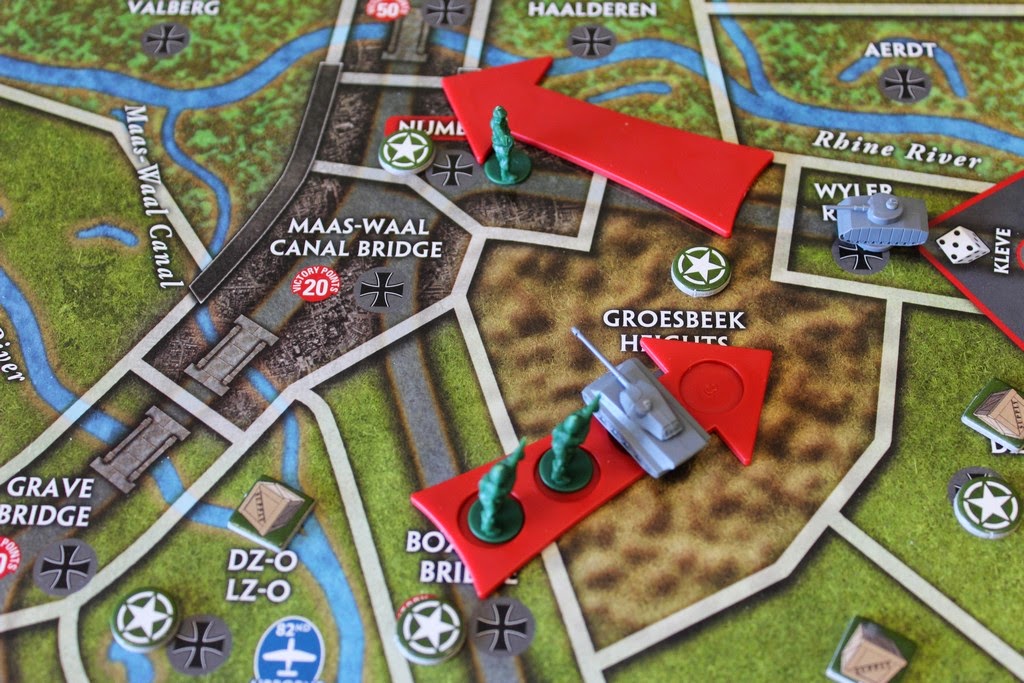 Last weekend we played turn two of the TCOW Market Garden Firestorm campaign. At the end of the first turn, the Allies made some exploitation moves that won them some good ground for turn two. Andrew dropped a few more paratroopers and glidermen, including the Polish Parachute Brigade at Driel south of Arnhem and US 101st paratroopers north of Eindhoven. Arnhem town and the Elst road were captured on either side of the Arnhem bridge. Further south, some of the side roads were secured by US paratroopers.

Meanwhile, a strong showing of German Firestorm troops arrived to reinforce the Axis forces, notably heavy tanks and more 88 flak guns. British Typhoons successfully interdicted the Panzer Brigade 107, and they were delayed this turn. Still, Greg was able to use his troops to capture the Goesbeek Heights with exploitation moves and get a lot of troops forward to deal with the unfolding Allied assault. 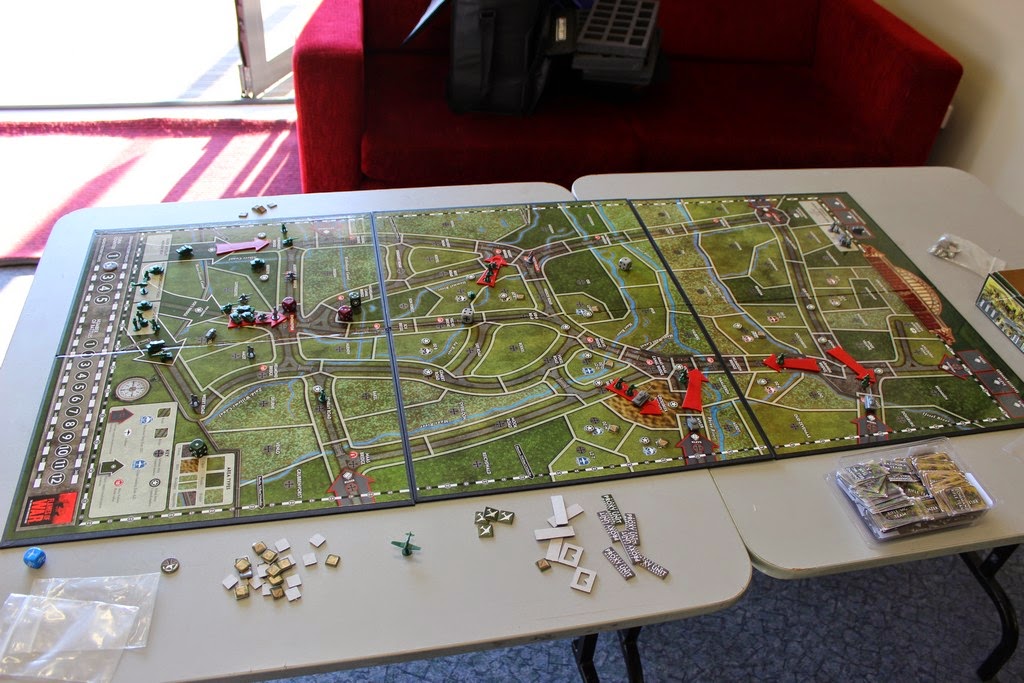 Three games were set up this week: 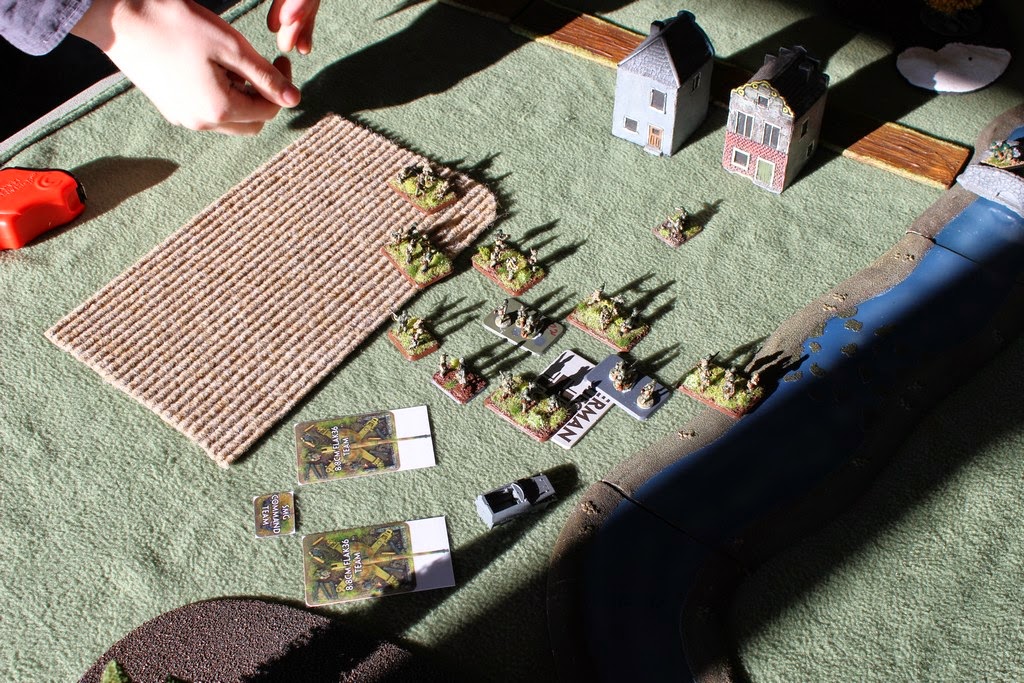 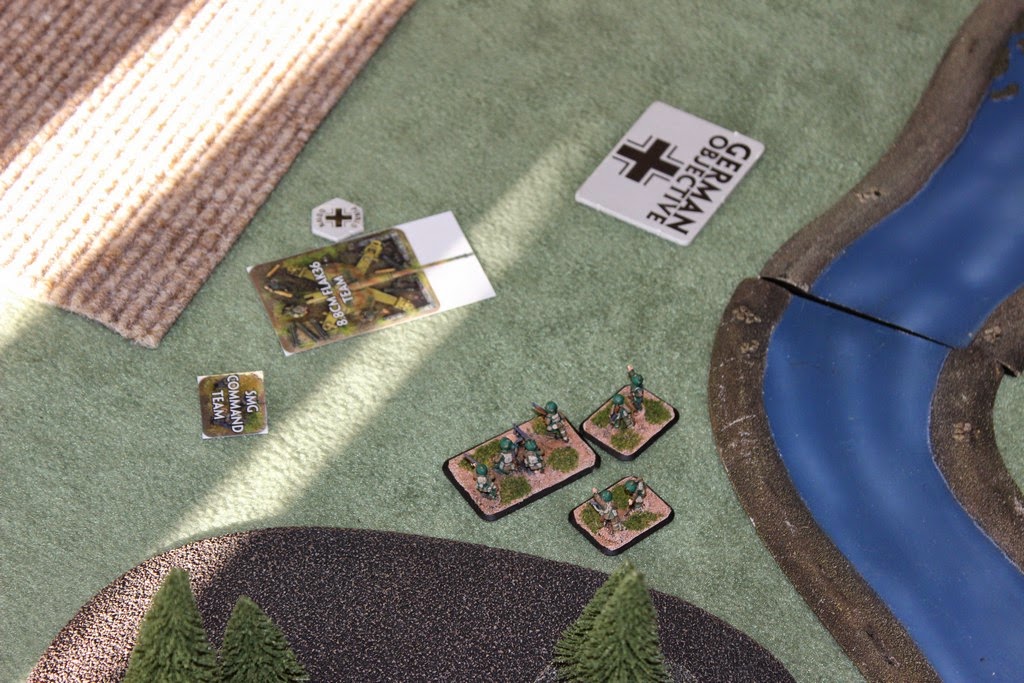 2. Andrew's Welsh Guards vs. Jonathan's Grenadiers
Andrew launched an assault to take Eindhoven. Jonathan dutifully stepped in to defend the vital city. Andrew, reinforced with two Sherman platoons, used overwhelming force to finally give the Allies some impetus up Hell's Highway with a 6-1 Allied Victory. 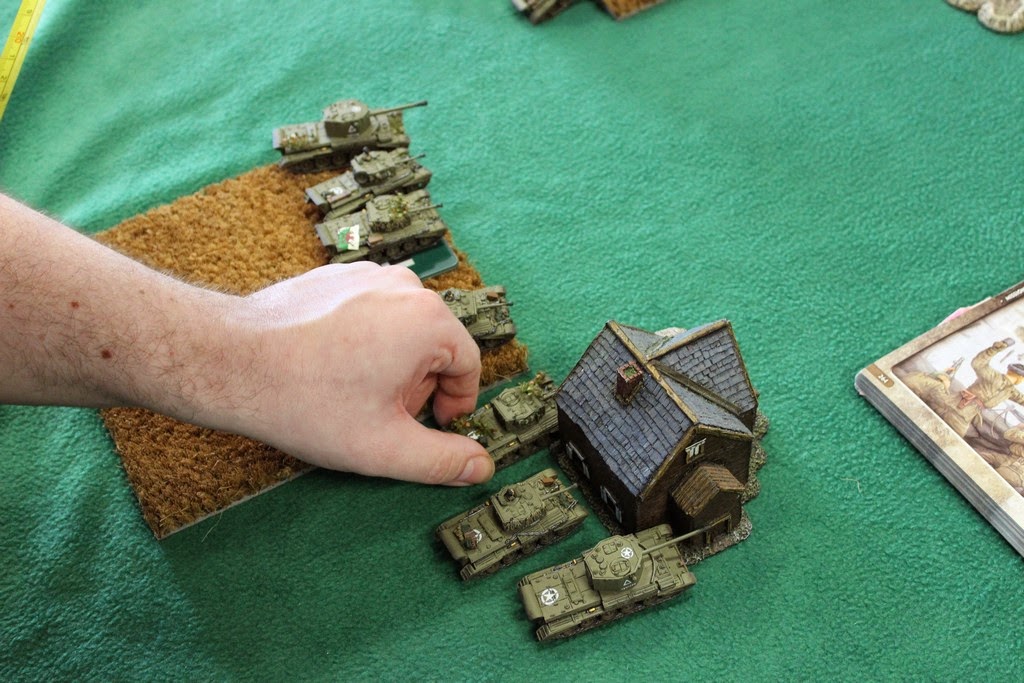 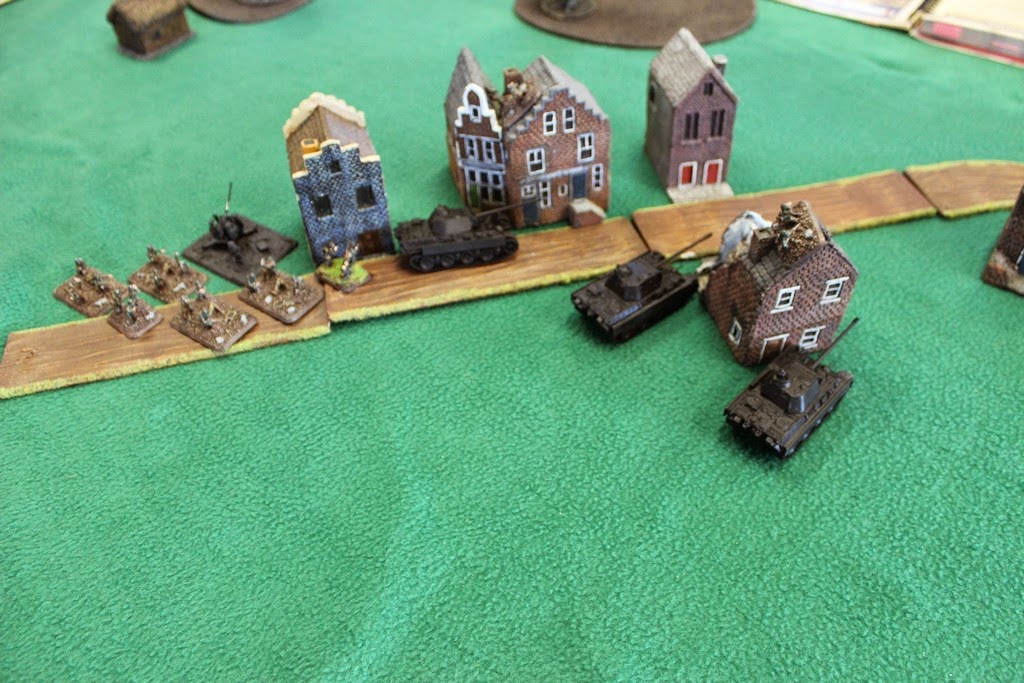 3. Damian's British Airborne vs. Pat's Kampfgruppe Swoboda
Damian followed up his success in Nijmegen with an attack to re-secure the Groesbeek Heights. Backed by two platoons of US Paras, Damian's wayward British paratroopers attacked into the teeth of Pat's now notorious and feared flak company of a dozen 88s and several 2cm guns. Other forces have struggled to overcome Pat's gunline, but Damian led a bold assault which very nearly succeeded in dislodging the stubborn German guns. However, the timely arrival of Pat's Firestorm troops, a StuG platoon, turned a near loss into a narrow German 4:3 victory. Rather than lose Boxmeer Bridge to the Germans, Damian burned the a supply token in the area, meaning Andrew will soon need to send some supplies to his paratroopers! 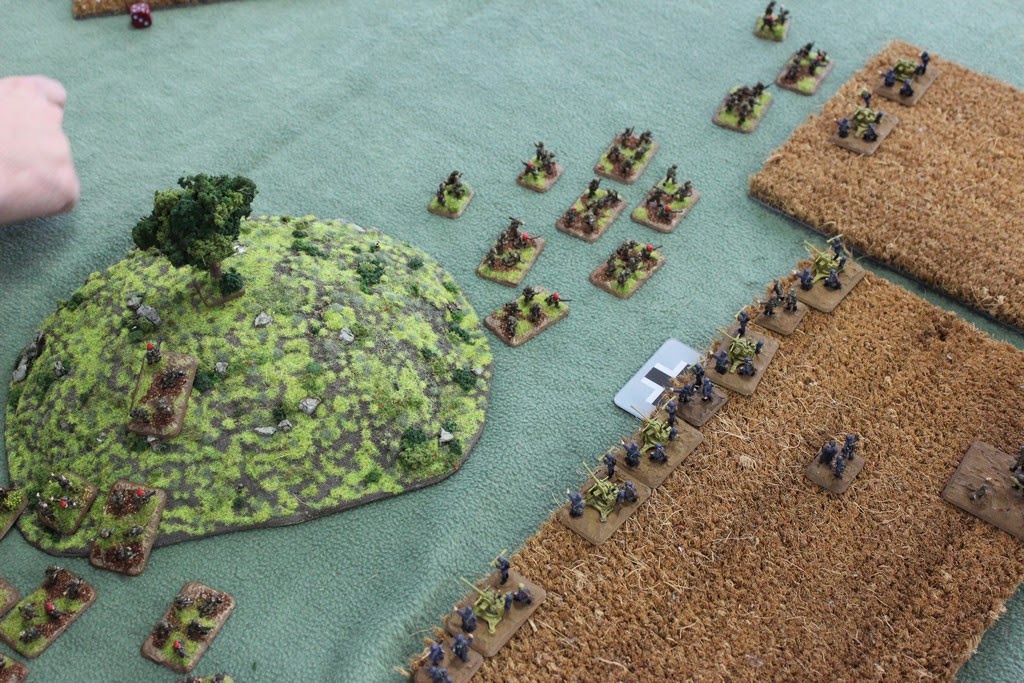 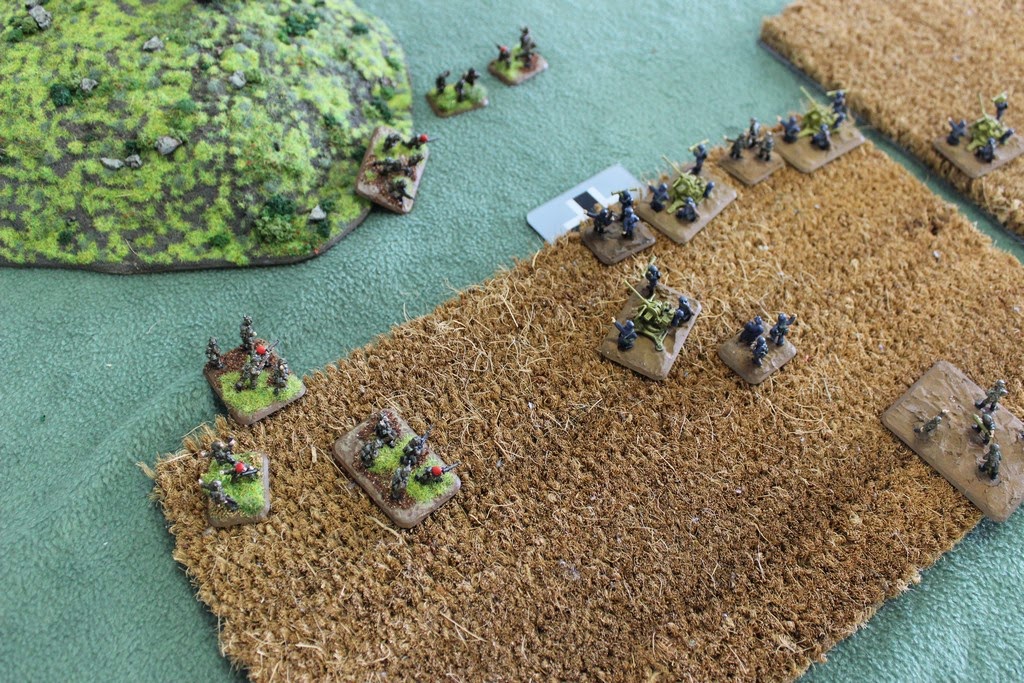 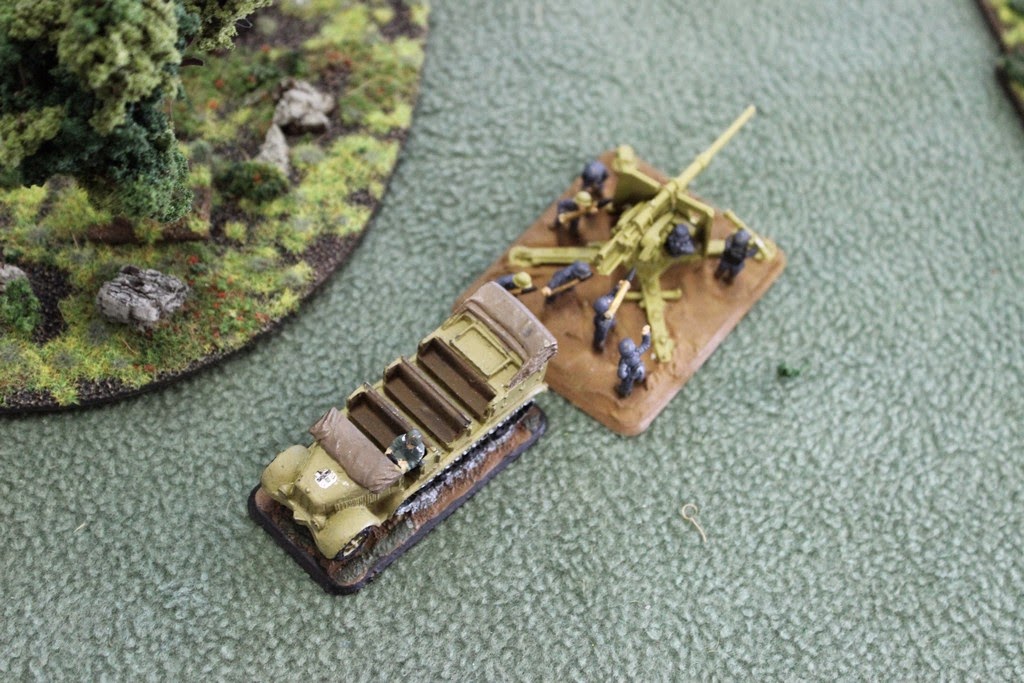 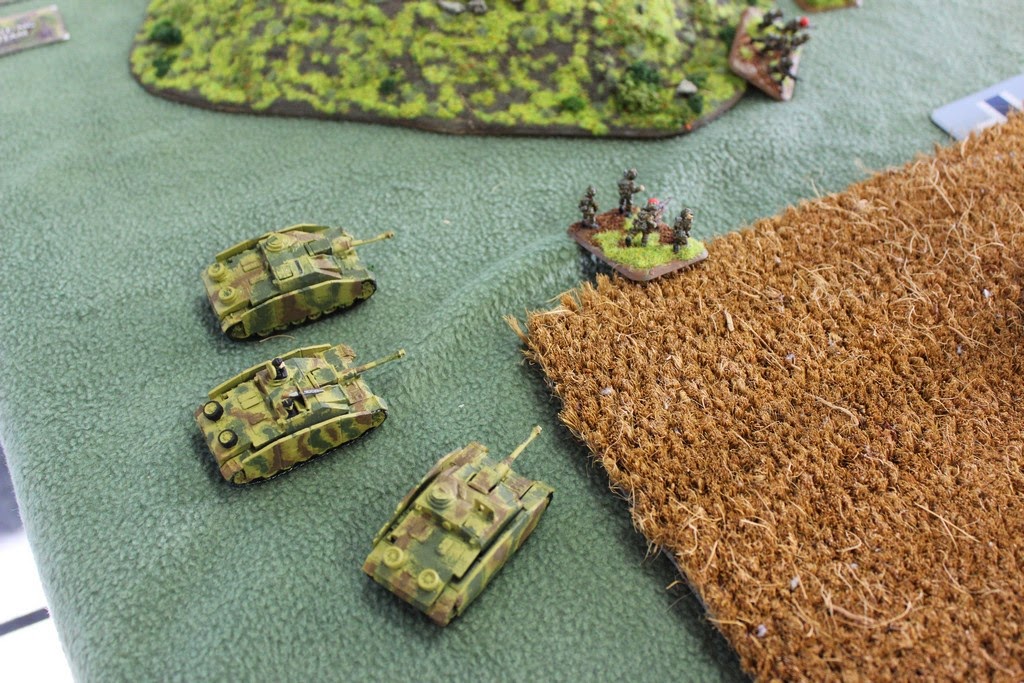 Other Battles
In order to keep the action dynamic, three additional games were generated and 'played' using the General's Wargame rules. These for battles resulted in four Allied victories at the Turnhout Bridge, the Nijmegen Bridge, and Arnhem Bridge. 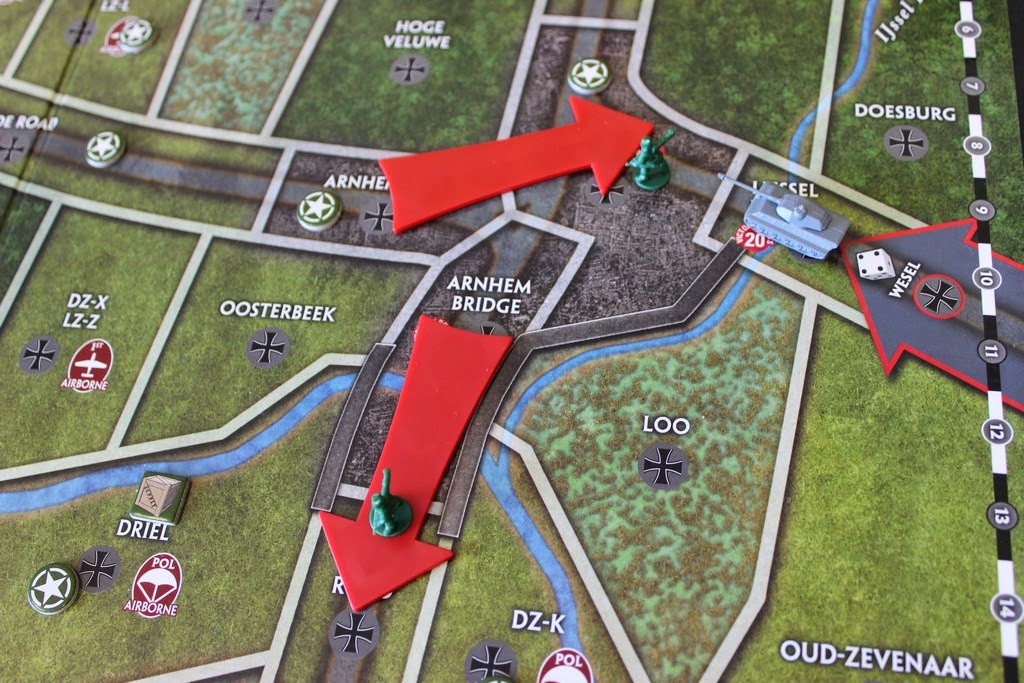 The turn yielded a lot of ground for the Allies, the Germans have managed to keep those areas north of Eindhoven out-of-supply and therefore buying time for them to be recaptured.

Meanwhile, the Allies have made up for some lost traction in turn one and are now moving full steam up Hell's Highway.

The end result was a significant gain in Allied VP, but with most of them out of supply, their value is greatly diminished. The total VPs are as follows: