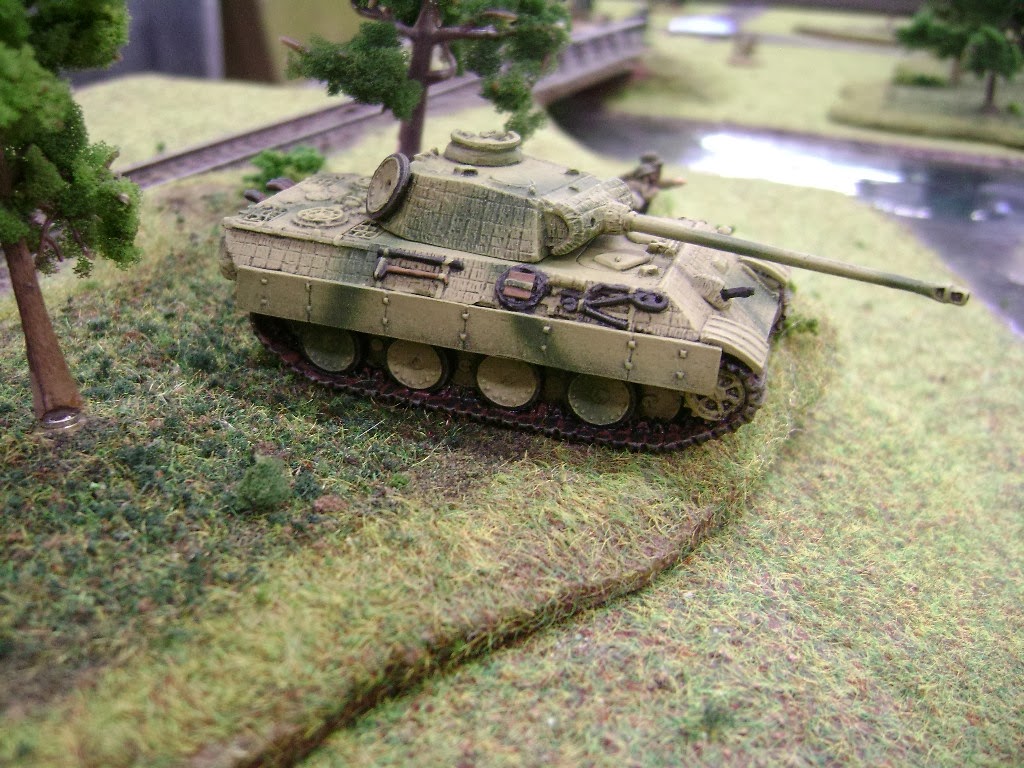 Like Andrew, Wayne was looking to get a test game in with his BattleCry Hungarian assault gun list so we scheduled a game for mid-week after work. As I mentioned earlier, BattleCry was 1575 points, Late War. Wayne loves his Hungarians and he had a very good list. So good in fact, it made want to build it!

I grabbed my good 'ol American Shermans from Blood Guts and Glory. After playing the Panzer Brigade against Andrew, I felt I needed to get back to basics and play some US tanks. I'm partial to the Veteran ones, so I've been tinkering with lists and tactics to get these expensive Shermans to work on the battlefield.

Wayne had six platoons, while I had four. All of the Hungarian tank platoons were Confident Veteran with the remainder being Confident Trained. I liked this aspect of the army as it gave Wayne the points to field both the tanks and two useful artillery batteries. What's more the infantry was good for jumping on objectives and following up on the tank's advances. 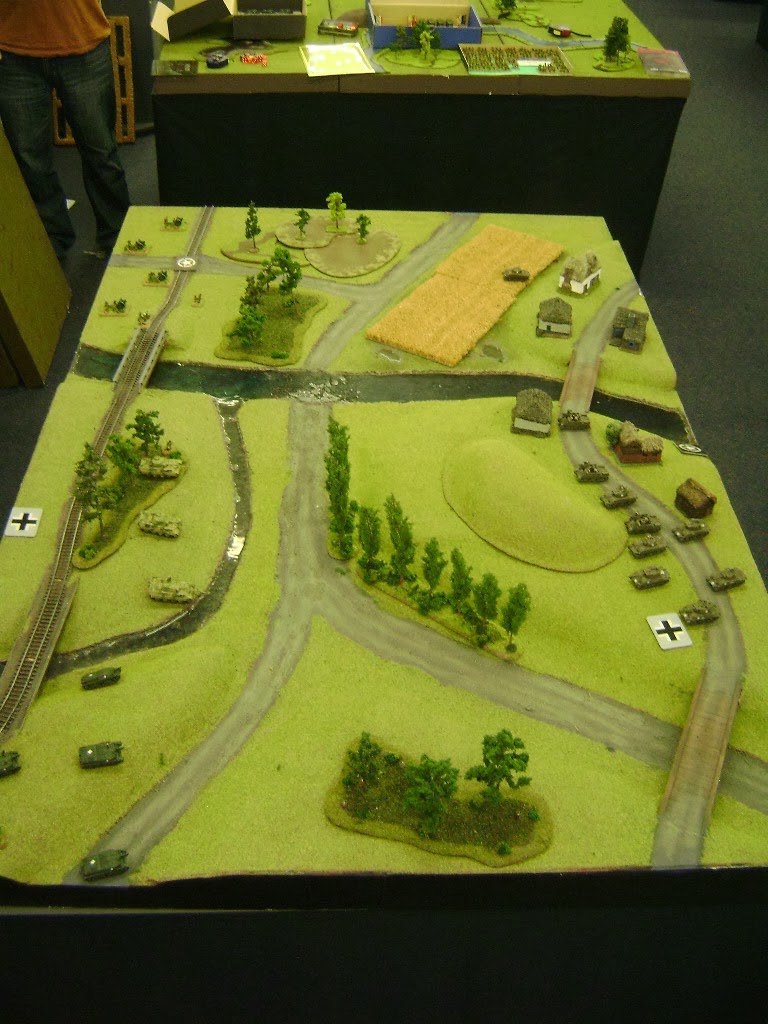 Meanwhile, my tank company was an attempt to go with as many veteran M4A3-type tanks as possible. With 50/50 tank platoons, being Veteran, and a 2iC Jumbo to help soak up the hits, the platoons should be durable. The Priests are there for smoke and HE. In a pinch I can use their breakthrough guns to work over some entrenched infantry.

The Mission: Encounter
We rolled up encounter as our mission, so both of us had to put 50% in reserve. Wayne put his Nebs, infantry, and a platoon of assault guns in Reserve. I put my cavalry and a tank platoon. Delayed Reserves with only 4 platoons hurts!

The table had a river running across it and Wayne chose his table side (left side in the photo) so that he could bury his Trained artillery and take advantage of the cover along that side. That didn't leave much for me, so I ended up huddling behind the hill and trying to avoid his 149mm arty observers.

That was a remarkably close game! I thought Wayne had it in the bag once that platoon on the left was destroyed. When his infantry came up to seal the deal, I thought I was a goner. Luckily the Shermans on the right flanke were able to engage the 149mm artillery. With an AT of 8, his guns had difficulty dealing with my Front Armour of 7, so the run in was easier than I had first thought. Another turn and Wayne's infantry would have knocked out my M7s and had the objective. Very close!

Thanks for game, Wayne! ...and I hope your assault guns can lead you to victory at BattleCry!