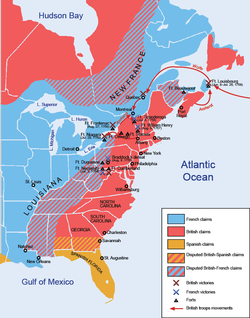 I'm off on a weird tangent today. I've been eyeing up Muskets & Tomahawks pretty intently over the last few months, but its been really hard to peel away from my other painting commitments to actually get it together and paint some 28mm figures. Muskets & Tomahawks is a skirmish-level game based in the French & Indian War (also known as the Great War for Empire and the Seven Years War).


The game looks great and I've seen several positive reviews. I'm also hugely into this period of history. Colonial America was my general area of study at university. So, the opportunity to wargame this period with a quick and basic set of rules is too good to pass up. So it's not a question of if, but when.

What is the French & Indian War?
The war was fought from 1754-1763, between the British, French, native American tribes, and North American colonials (in a variety of allegiances  except the French and British were always opposing). It was a war to consolidate empires in North America. It was so brutal and costly that it's end result would go on to fuel the American Revolution a decade later... but that's another story! 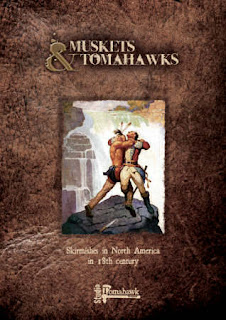 What is Muskets & Tomahawks?
Muskets & Tomahawks is a skirmish game from the same guys that brought us hopeless addicts the game of Saga. Interestingly, M&T was designed prior to Saga, so it bears little if any resemblance to that hugely popular Dark Ages game. Like Saga, though, it is simply designed and is more reliant on story-telling action-packed scenarios than tournament play (though I suspect eager people could make a M&T tournament work). The game extends beyond the French and Indian War, and includes the American Revolution as well, with unit profiles for the fledgling Continental Army, which adds a lot of depth to the game.

The game mechanics are simple, revolving around a shared deck of cards that activates a random unit on the battlefield. More professional units can do more in their activation, while irregular units can activate more often in a turn. Some irregular units can move unseen, in a sort of fog of war, while regulars rely on  hard-hitting volley fire tactics.
The scenarios are played as a story. You roll up your leader's motivation behind the battle and your force's objectives. The mission builder looks pretty interesting and I look forward to giving it a try.

Finally, the best selling point: the figure count is about 30 figures a side, similar to Saga in that regard. So there's not a lot to paint going in, and expansion is relatively easy (suspiciously so!). I currently lack any sort of appropriate figures, so until I can muster up my force, I thought I'd try making a silly little mod for the game...

Damn Dirty Rebs
I will no doubt order a massive pile frontiersmen, regulars, and Indian allies for all the various nations (French, British, American, and Indian), just because its such a great period. But I thought I'd find my feet with the game system by fielding Billy Yank versus Johnny Reb. I've got a few boxes of Perry Miniatures American Civil War figures, so I'll use them and base the game in the western theater of the war, where irregular and regular warfare was reasonably even between the two armies. Both sides were pretty much identical in terms of equipment and leadership, so I can get away with using the Continental Army for both sides.

As I become more acquainted with the rules I'll think about doing a proper mod for the American Civil War. I think there would be few changes needed so I'll have a look once I've played a few games.

Anyway, the figures I'm looking at give me a chance to plug the Perry's plastic range for the American Civil War. They have several boxes that you can use if you are getting into the period. They have three Infantry boxes. 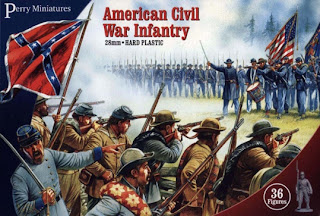 The first is a general purpose box that serves as either North or South. The biggest problem with this box is that it tries to cover too much. I think its because it was their first box of plastic figures, so they were really just trying to cover all of their bases. The trouble is that the uniforms are very mixed, shell and frock coats are mixed together. The box is unsuitable really if you are trying to model a specific unit, such as a militia unit, or a late-war Union force, which would have been a lot more uniform in appearance, with most, if not all shell jackets having rotted off their owners' backs! Anyway, its a useful box for getting started or if you don't give a crap about using correct uniforms! 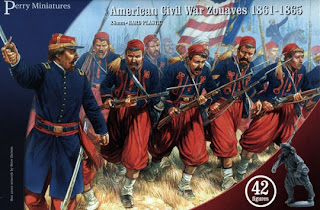 The second box is the Zouave infantry box. This looks like a great box, not having one in my collection. These were pretty flash units, modelled after the French Zouaves from North Africa. They were essentially light infantry that prided themselves on fast-paced marches. They had colorful uniforms and distinctive tunics. Most zouaves in the ACW were militia and were all nearly wiped out by the second year of the war or at best absorbed into a line regiment. The Perry's box is great if you want to model some of these "early war" units. 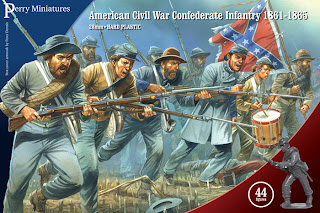 The third infantry box is brand new as of the writing of this article. Its a Confederate-specific box with a lot more rag-tag looking appearance. I'll try and pick one of these up for review soon. Hopefully, this heralds the release of a Union box set with perhaps more uniform uniforms!

The Perrys also have a Cavalry box as well, which is a great way to get your ACW cav at a reasonable price. I'll likely keep these out of this project for now, but once again its a good set. 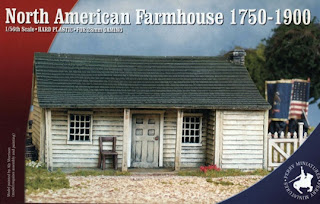 Finally, the Perrys have a full range of 28mm ACW metal figures as well as some terrain. They have a 28mm American frontier house as well as a shop to build your battlefield terrain. Strangely, Muskets & Tomahawks sort of requires you to have a few buildings in you game, so I'll probably grab a few more (I've got one) at some point.

You can find all of these sets at the Perry Miniatures website found here...

So there you have it: a whole new direction for SBS... as if it needed another distraction!