The Year of the Board Game

This is a bit of an off-schedule post, but I thought I'd check in with some updates. My brother Andrew has been buying board games like a mad man, not the least reason because of Geek & Sundry show called Table Top, starring Wil Wheaton and the gang. Its a great show and it's got a lot of us into board gaming in a whole new way.

This year the family got a lot of gaming in, especially on New Years Eve/New Years, so I've lined up a few micro reviews of the games we played. 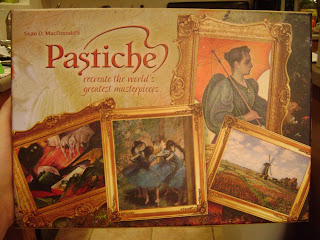 You collect these color cards and try to match up the ones you need for the painting you are working toward. You can blend two colors together to get some of the more tricky colors.

In our game I had a few of DaVinci's works. Paintings are worth points and as you complete them you score points. It was a pretty fun game and it got the girls hooked enough to try out some more geeky games. 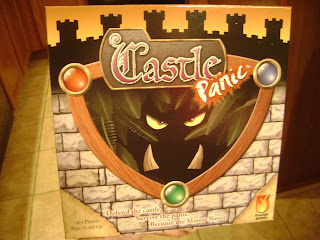 Castle Panic
This game was featured on Table Top early on, and its a fun game if you actually play it right. It only took us like four games to finally play all of the rules right, but it was fun times.

The game is a cooperative game where all of the players need to stop waves of goblins, orcs, and trolls (and a few bosses) from knocking down their castle towers. There are five of them and there are 50 monsters coming for them. Its a pretty entertaining game was we had to work together, trading cards and planning ahead to thwart the invasion.

In the end it was the girls that took home some pretty impressive kill scores. I mean they were scary good at it. If you are ever invaded by green baddies, these two are lethal and we gave them appropriate legendary names. Us guys were pretty lame in comparison, as our names depict: 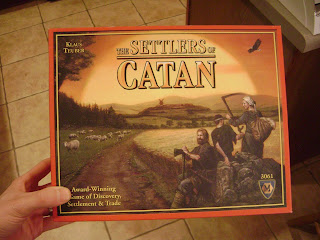 Settlers of Catan
This is a game that needs little introduction. If you have not heard of Settlers, you probably should check it out. There is an episode of Table Top about it to help you get the basics.

Our game was pretty fun and we ended up playing twice, once we got a hold of the rules. Caroline placed herself where it was "pretty and close" to here on the table... I chose an area near the desert because deserts are cool. Turns out neither were ideal strategies. So we tried two games and they were both very fun and close games. But no one was ready for my mighty civilizations in both games as I snuck in to victory from the deceptively "safe" spot of last place. Can anyone say three monopolies? Because I did! 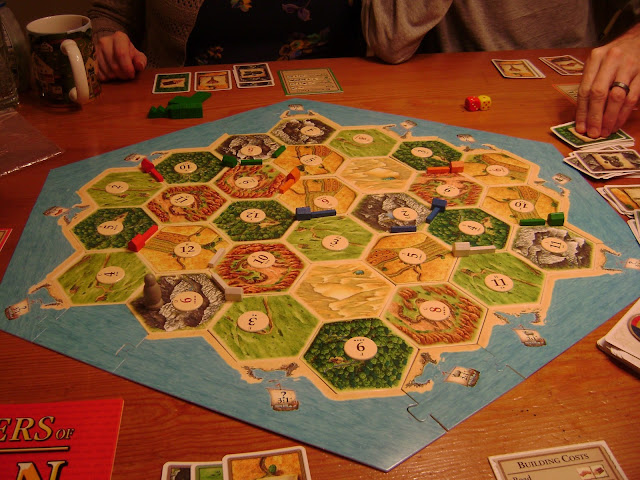 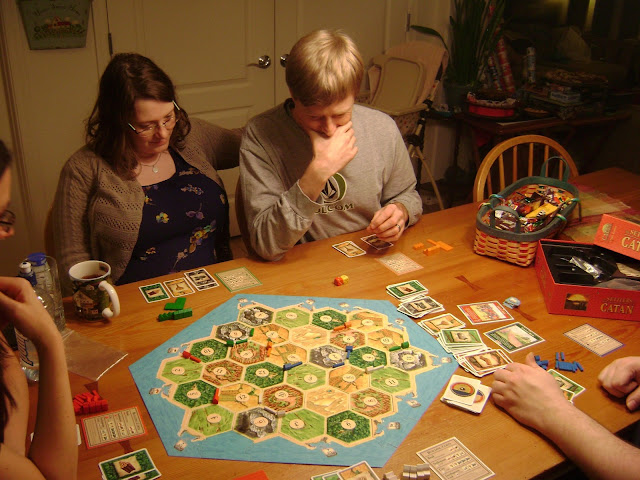 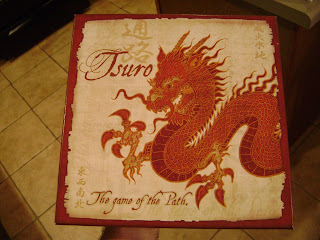 Tsuro
This is another easy-to-learn game featured on Table Top. Andrew got this one to play between bigger games while someone read up on the next game's rules.

Its a basic game and the object is to be the last person on the table. Players play tiles and your playing piece (bloody dragons...) has to follow it's path. If it runs off the table you are out! It was pretty basic, but fun. 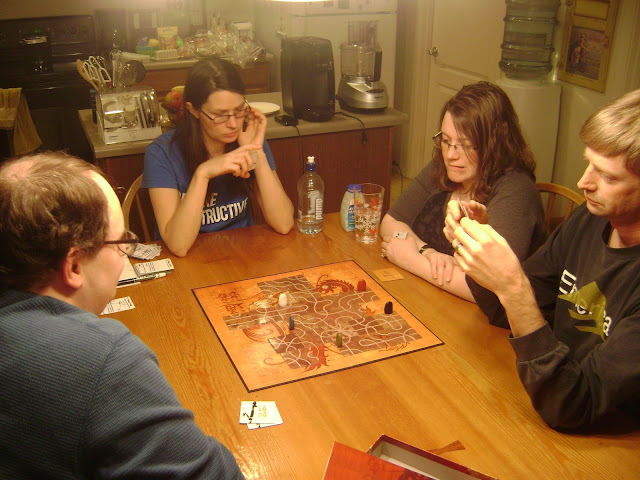 Andrew and I have been playing some X-Wing as well. My collection for that went from zero before Christmas to 3x X-Wings, 2x Y-Wings, 5x TIE/ln, and 2x TIE Advanced. I'm looking forward to some TIE Interceptors and A-Wings, the latter being my favorite Star Wars ship. I'll probably do the ubiquitous Getting-into-X-Wing blog post at some point, so I'll spare you that text for now!

Right, well, I've got a little more painting for my Shifting Sands army to do (got my warm-up game against Mark lined up tomorrow) so I better finish them up. Thanks for reading!